The practice of non-violence according to yoga, ahiṃsā 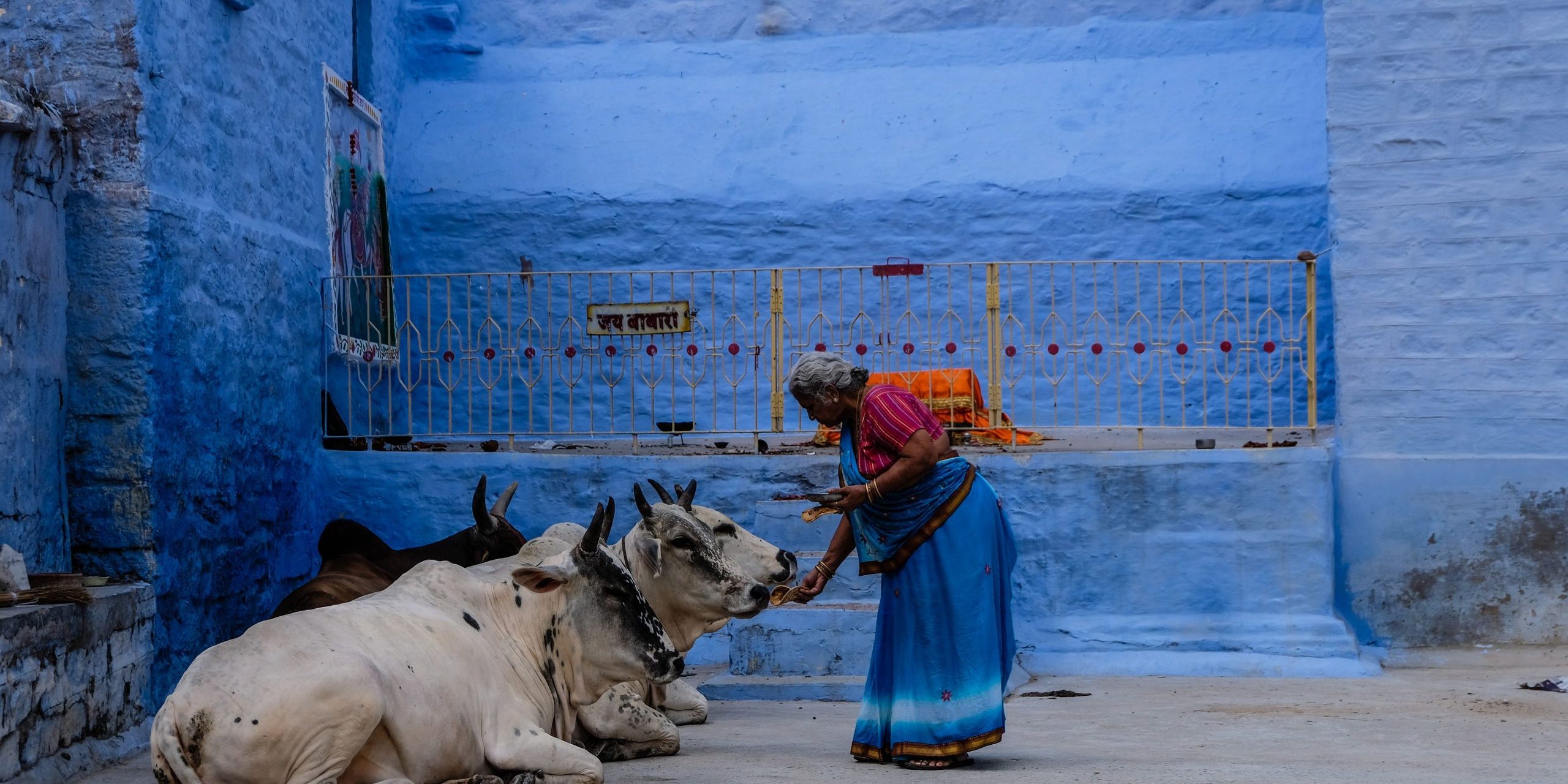 When we look for the basis of the philosophy that encompasses the practice of yoga, one comes across the concept of non-violence or ahiṃsā. This concept, common to all Eastern and Western religions, is here capital to understand the origin of yoga, its ultimate purpose and the path of self-knowledge and growth it proposes.

Etymologically “ahiṃsā” means non-violence; no harm, no discomfort, respect for life; no resistance to evil through violence; no bad intentions. It is also one of the virtues yama (first anga or branch of yoga according to Patañjali) of yoga. The word is derived from the Sanskrit root hiṃs: hit; hiṃsā is injury or damage, a-hiṃsā is the opposite of this, i.e. do no injury, do no harm. Another translation that does not use negation would be compassion towards all beings.

This concept is mentioned many times in different traditional scriptures, so it is known as a universal and temporary concept. The Indian tradition is basically of oral transmission, so it is complex to decide a common origin of the concepts or the moment in which they are born. It is mentioned in the Upanishads, the Vedas, the Yoga-Sūtra of Patañjali, the Mahabhrata and the Bhagavad Gita, among others. But these mentions are not accompanied by an exhaustive study of it. This discussion is left to the masters and disciples.

Ahiṃsā refers to both our actions, words and thoughts. They say that words hurt more than blows, but this concept goes much further. Our mind must be purified so that thoughts are also ahiṃsā, so that non-violence is born from our mind. Nonviolence in our thinking towards others, without judging, without criticizing, without trying to impose our criteria or vision. Nonviolence in our words, saying the right words and that do a benefit to others, born of compassion and not ego.

Finally our actions will be non-violent by aligning thought, words and deeds. By becoming more aware of all the power our mind has.

Patañjali describes in his Yoga-Sūtra the recommendations for starting the practice of yoga. These are eight branches or eight steps that the practitioner or aspirant will walk to achieve the ultimate goal of yoga, enlightenment or bliss. The first and second of these steps: yama and niyama, form the code of ethical conduct in the philosophy of Yoga, they are restrictions or recommendations collected in two large groups. Yama is the relationship with others, and niyama is the relationship with ourselves. We already see as “the other”, mirrors will be keys to access the ultimate state of yoga. If our actions, acts, meditations, are not for the other, are not for a common good, we are not in the right focus.

Mahatma Gandhi, a great scholar of classical texts, he studied, loved and applied the concept of ahiṃsā to peaceful resistance against British colonization. His actions were precursors of the political movement of non-violence, or peaceful resistance to the oppression of states. Gandhi dedicated his life to discovering and seeking the truth, or satya, and called his movement satyagraha, which means “appeal, insistence or trust in the Truth”. He influenced leaders of the human rights movement such as Marthin Luther King, Nelson Mandela, etc. 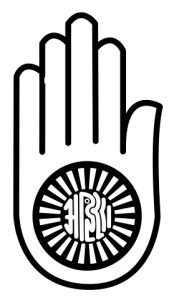 The Jainism that would influence Gandhi is even more restrictive in understanding and implementing ahiṃsā. Killing any living being for passions is considered hiṃsā (harm) and abstaining from such an act is ahimsā (do not harm), this includes both superior animals and invertebrates. As in Hinduism, the goal is to avoid the accumulation of harmful karma. According to Jain tradition, the recommended diet is lacto vegetarianism or veganism. When Mahavira revived and reorganized the Jain faith in the 6th or 5th century BC, ahimsā was already an established and strictly observed rule, which is still maintained even in the secular society of India.

All these teachers, and many others invite you to practice by example. To extend the concept of nonviolence beyond moral acceptance, but to be the engine of our actions. Not to violate, not to attack, not only others but also ourselves, our body, our soul. But let’s see how this concept of non-violence is applied according to yoga.

Nonviolence applied to the practice of yoga on the mat

The importance of ahiṃsā as the first restriction in the first step of Yoga (yama), is that it defines the necessary basis for progress through Yoga. It is a precursor of asana (postures), which implies that success in Yoga can only be obtained if the self is purified in thought, word and deed through the moderation of ahiṃsā.

Let us remember which are the essential elements for the practice of yoga: our attitude (yamas and niyamas), attention or attentive observation, the sthira-sukha (concept of firmness, balance, comfort and observation) and breathing. We cannot understand the postures or sequences of the practice of vinyasa without applying these four pillars to them. That is why simple physical practice becomes something else, something that begins with yama, our attitude towards others, whose first concept we have already seen is “ahiṃsā“.

In this inner search for yoga self-knowledge, we investigate our patterns, our gestures, thoughts and tendencies. Not to judge us or try to add more burden on ourselves, but for our personal evolution. For this we can question ourselves about non-violence in our yoga practice:

If the attitude with which we practice is not to harm ourselves, not to harm ourselves and not what kind of practice we are doing and/or if we manage to do more or less postures, our practice will become balanced. A practice with ahiṃsā, where we are no longer lazy who harm their body and health from the neglect and passivity of not doing anything, or active beings who are harmed from the compulsive and hectic action of doing for the sake of doing. It is normal that we fluctuate from one tendency to another, but we must be able to find this balance where we connect with our center and where the benefits of yoga are deeper than our physical well-being or our altered ego.

To do this we just need to remember to build our yoga practice from respect, practice and self-knowledge.

It is our actions, attitudes and thoughts that will settle into non-violence. Beginning with the most physical in our practice, the most tangible and from there reaching the deepest layers of our patterns. From there we will be able to apply nonviolence beyond the mat in our acts, words and actions throughout the day and with all beings.

“Ahiṃsā or nonviolence, of course, implies not killing. But nonviolence is not only about not killing, but ahiṃsā implies an absolute abstinence from causing any physical or emotional pain to any living being, whether by thought, word or deed. Nonviolence requires a peaceful mind, mouth, and hands.”. – Mahatma Gandhi 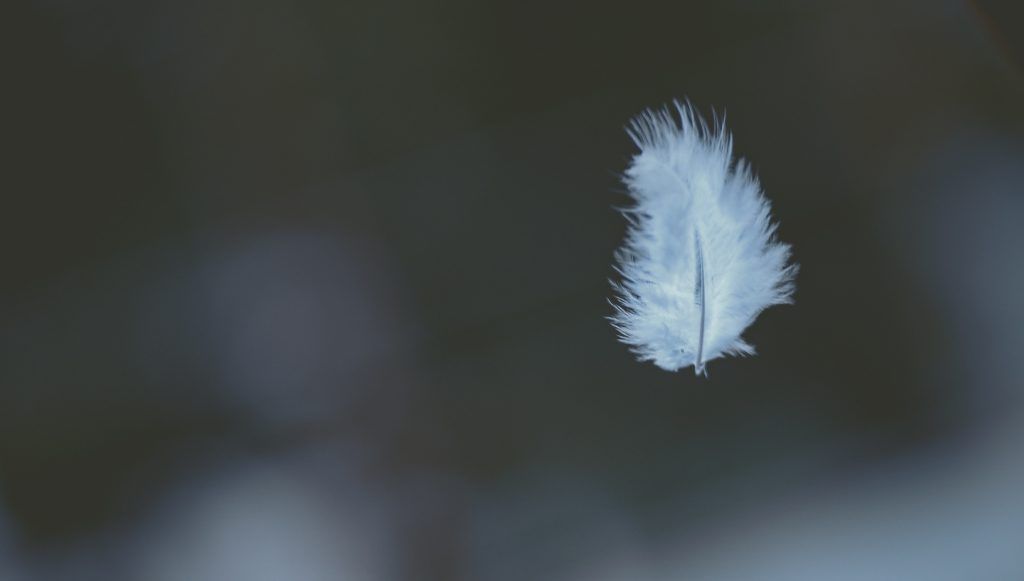 Photo by Javardh on Unsplash

You can come practice with us from the heart and very focused on ahiṃsā in our classes of Hatha, Vinyasa, Pranayama, Meditación. We wait for you.